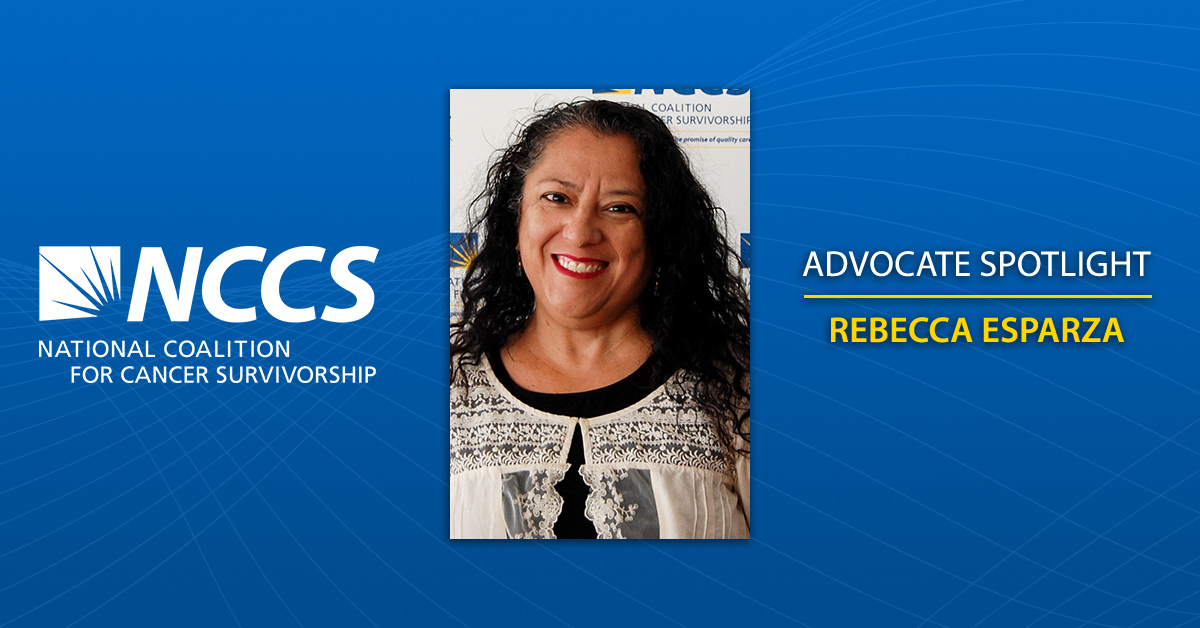 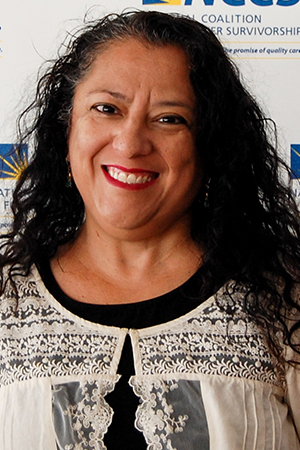 In August of 2001, 30-year-old Rebecca Esparza noticed her clothes weren’t fitting the way they should. Although she was an avid fan of step aerobics and running, her stomach seemed to be consistently bloated. By September, Rebecca felt the need to make an appointment with her gynecologist, even after receiving a normal annual exam in April. He felt a mass. Concerned, the gynecologist scheduled a surgery in November to remove the mass – the only way to discover whether a tumor on the ovary is cancerous. When Rebecca awoke from surgery, she had a radical hysterectomy and Stage 2B ovarian cancer, which was a shock to everyone, including her doctor.

The real battle began after her diagnosis: figuring out how to receive treatment without health insurance. Due to Rebecca’s medical history with fibroid tumors – a “preexisting condition” – she struggled to find health insurance on her own, without a Certificate of Credible Coverage. Rebecca finally discovered a health care program for uninsured residents in her county. Six weeks after her initial surgery, she began chemotherapy for her rare germ cell ovarian cancer.

The cancer had already spread to Rebecca’s liver and the lining of her stomach. Her doctors encouraged her to get her affairs in order – but, at only 30 years old, Rebecca didn’t fully understand what that meant. She did, however, speak with her student loan provider to get her payments deferred during treatment. They sent two forms for her doctor to complete: one form to defer the payments and another to forgive them if her cancer was terminal. Her doctor, believing Rebecca wouldn’t survive, wanted to complete the latter. Rebecca remembers telling them, “No, I am making it. Just fill out the deferment form.” Survival was always her only option.

When Rebecca learned that her ovarian cancer progressed to Stage 4, she faced the reality that her chances of survival were slim. She realized how important it was to show the world miracles can, and do, happen. Not only did she focus on giving hope to others with ovarian cancer, but she also focused on helping lessen the burden of suffering through sharing her experience. It’s important for Rebecca to share her story to give other survivors the hope they deserve. “I am more than just a statistic, and I believe that for anyone with a cancer diagnosis,” she said. Rebecca’s belief in the obligation of the cured sparked her involvement in cancer advocacy work in 2003, about a year after finishing her chemotherapy treatments.

Rebecca was diagnosed with another primary cancer in 2008. This time, in her thyroid. She felt more determined than ever to be a voice for cancer survivors everywhere. After meeting Melissa Glim, NCCS’s former Grassroots Advocacy Manager, at an event, Rebecca and her caregiver, Robert Marraro, became two of the inaugural members of “Super Advocates,” which evolved into today’s Cancer Policy and Advocacy Team (CPAT). Rebecca has attended nearly every CPAT Symposium, and she has been a panelist/speaker more than once. She served as a member of the Redefining Functional Status (RFS) Committee, a quality measurement project NCCS completed in 2019.

Rebecca believes survivors must be a part of the change if they want to see advancements in health care, survivorship issues, and access to care. Without advocates’ voices, many organizations would settle for the status quo. So much progress could have been made throughout Rebecca’s 20 years of cancer survivorship that could have alleviated tremendous physical and financial suffering. “I find it healing for me to advocate on behalf of others because, at least, my personal suffering was not completely endured in vain,” she said. “I’m proud of the bittersweet lemonade I’ve been able to make out of the sour, rotten lemons life has handed me.”

Throughout Rebecca’s nearly 20 years of cancer advocacy experience, she’s dedicated herself to fundraising, policy, advocacy, research advocacy, and even volunteering as a wish granter with the Make-A-Wish Foundation. Last fall, she was recognized as the Volunteer of the Year by the Make-A-Wish Texas Gulf Coast & Louisiana chapter. She continues to offer support and assistance to newly diagnosed survivors, letting them know that there are always positive statistics to be found among the terrible statistics. Ovarian cancer survival rates have sadly not changed in the last 40 years. Rebecca feels blessed to be a part of the 17 percent of women diagnosed with Stage 4 to have reached five years of survival. Her secret to staying encouraged is maintaining her sense of humor. “If you can learn to laugh at anything, not only will you be happier for it, but it comes with a humility that serves you well during the toughest of times,” she said.

January 12, 2023
As a Triple Negative Breast Cancer survivor, Sharon turned her personal experience into a passion for advocacy and giving back to the community. When she received her diagnosis in May 2015, she remembers being in a state of shock and grief. She said, “You have to allow yourself time to breathe and grieve.”
END_OF_DOCUMENT_TOKEN_TO_BE_REPLACED
https://canceradvocacy.org/wp-content/uploads/Advocate-Spotlight-Sharon-Rivera-Sanchez.jpg 600 1200 NCCS Staff https://canceradvocacy.org/wp-content/uploads/2020/06/NCCA-Logo.png NCCS Staff2023-01-12 15:24:442023-01-12 15:24:44Sharon Rivera-Sanchez: Triple Negative Breast Cancer Survivor Finds Passion in Fitness and Advocacy

December 7, 2022
Alique was first diagnosed with Acute Myeloid Leukemia (AML) at the age of four. Her mother, Michele, knew something was wrong because “the light in her eyes was gone”. After being told by doctors that there was nothing wrong, her family was relentless until new blood work uncovered blast cells.
END_OF_DOCUMENT_TOKEN_TO_BE_REPLACED
https://canceradvocacy.org/wp-content/uploads/Alique-Topalian-Advocate-Spotlight.jpg 600 1200 NCCS Staff https://canceradvocacy.org/wp-content/uploads/2020/06/NCCA-Logo.png NCCS Staff2022-12-07 11:46:562022-12-07 11:48:28Alique Topalian: Childhood Cancer and the Frightening Realities of the Survivorship Journey