It is as if we have invented sophisticated techniques to save people from drowning, but once they have been pulled from the water, we leave them on the dock to cough and splutter on their own in the belief that we have done all that we can.Dr. Fitzhugh Mullan, from his essay Seasons of Survival: Reflections of a Physician with Cancer, New England Journal of Medicine, July 1985.

Founded in Albuquerque, New Mexico, NCCS’s diverse leadership included some of the most recognized experts on employment and disability law, health care consumerism and psychosocial and behavioral research. Consequently, NCCS quickly developed a reputation as the “go to” organization for how to deal with the physiological, psychosocial, economic and spiritual issues that accompany a cancer diagnosis. The informed patient was — and still is — at the heart of NCCS’s mission. NCCS began its work by contributing to the literature and evidence base for quality cancer care. NCCS’s first publication dealt with doctor/patient communications, followed by publications on survivors’ rights and how to be an informed and knowledgeable health care consumer.

NCCS’s definition of a survivor, from the time of diagnosis and for the balance of life is now the norm for the cancer community and beyond. NCCS has expanded its definition of survivor to include family, friends, and caregivers.

In 1992, NCCS relocated its offices to Washington, D.C. to be closer to the organizations and institutions that play a role in educating government agencies and policymakers about the need for quality cancer care throughout the survivorship continuum. Since that time, we have remained in the Washington, DC area and continued to advocate for the nearly 17 million cancer survivors living in the United States. 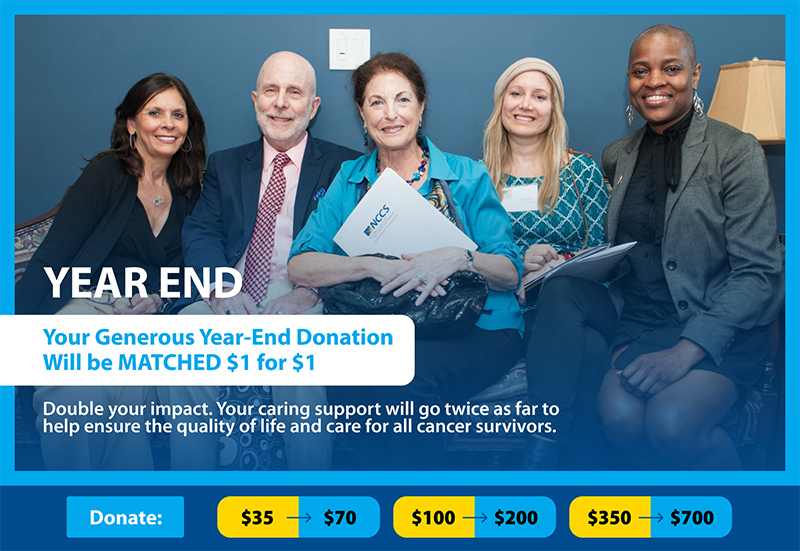