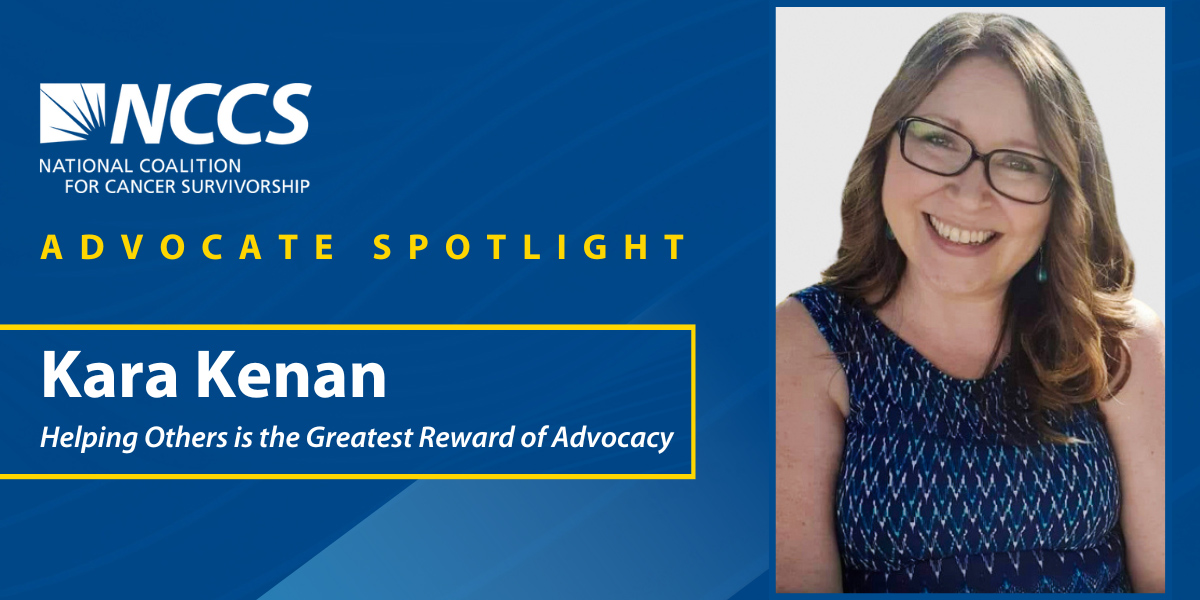 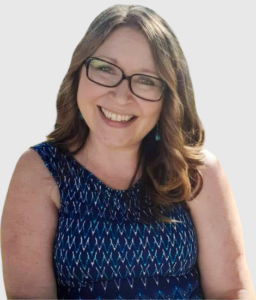 “Nobody wins afraid of losing” rings true for Kara Kenan, a breast cancer survivor. It’s her favorite line from Chris Stapleton’s song, “Starting Over,” which, for her, is symbolic of overcoming the fear of a cancer diagnosis and coming out on the other side. Kara recognizes that winning looks different for every survivor. While it doesn’t always mean long-term survival, it does mean being present throughout the journey, discovering a way to thrive, or advocating for others. “It’s incredibly empowering,” she says. “To me, that’s winning.”

Kara is the executive director of Going Beyond the Pink, an organization she founded five years ago to provide breast cancer patients and survivors with much-needed resources. Its mission is to transcend pink ribbons and messages of awareness by offering health and wellness education tools that can potentially prevent recurrence and lower mortality rates, as well as financial assistance to relieve survivors of the toxicity caused by out-of-pocket costs for treatment. Kara describes cancer treatment as a waterfall that washes over every aspect of patients’ lives. “Those services are particularly important to me because we know that when people are empowered with health and wellness information, it helps to improve their health literacy rates. It helps to improve their self-management skills,” she says. After newly diagnosed patients come to terms with their diagnosis, they often wonder what else they can do to feel empowered, take steps to improve their overall health, and thrive. Going Beyond the Pink responds to these needs by bringing in experts to discuss mindfulness, nutrition, physical activity, and ways to adjust to the new normal.

Kara’s belief that information is critical was inspired by her own cancer journey. She was a healthy, 35-year-old newlywed and military veteran, when she felt a lump the size of a golf ball in her breast. When Kara learned that her dad’s side of the family had a history of breast and ovarian cancer, her OBGYN urgently sent her for a mammogram. The test results showed that she had microcalcification, which her health care team described as “grains of sand.” Although Kara was told to return for a follow-up appointment in six months, she knew that the lump required urgency. Kara and her OBGYN agreed that they needed to act instead of waiting six months. She underwent a biopsy the following week. Her OBGYN called her the very next day: “Is anybody with you? Sit down.” she said. When Kara received the news that she had cancer, all she could do was laugh. She couldn’t believe, at 35, that she followed the fate of her dad’s sister and two cousins. Kara’s doctors originally diagnosed her with stage 2 breast cancer; however, a bilateral mastectomy revealed that the tumor was actually the size of a large lemon and the cancer had advanced to stage 3B.

Kara and her family.

After learning that her cancer was growing aggressively, Kara felt empowered to self-advocate throughout her journey. She and her health care team decided to take on a “scorched Earth” approach, tackling the tumor with every method possible. After the bilateral mastectomy, Kara had implant reconstruction with expanders and completed six months of chemotherapy. The next phase of her treatment included a month of daily radiation treatments, during which she learned that she was a carrier of the BRCA2 gene mutation. Her oncologist responded to the discovery by immediately scheduling a hysterectomy. Kara’s stepdad and mom were also diagnosed with cancer within two years of her finishing treatment. Their diagnoses prompted her to consider how many other families needed knowledge and support throughout their journeys. 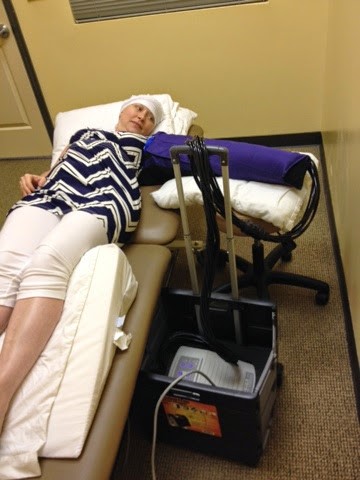 Kara receives a treatment for lymphedema, a side effect of her cancer treatments.

Doctors prescribed Kara various hormonal medications over the next seven years to suppress the estrogen in her body. She experienced numerous side effects, including osteopenia, musculoskeletal issues, weight gain, chromhidrosis, thin skin, and vaginal atrophy. She continues to feel the effects of her treatment today, eight-and-a-half years later. Not only has Kara’s journey taught her that cancer treatment impacts patients’ lives long after their diagnosis, but she also learned that healthier habits could have helped lower her risks for cancer and energize her throughout her recovery. “I kind of set out on this journey to learn everything I could,” she says. “Somewhere along the way, it became really apparent that somebody needed to be a voice for other women and men who are facing this. I decided, one day, it was going to be me.”

Kara recalls a time, two days before her hysterectomy, when a woman running a local organization invited her to go paddleboarding with an instructor for free. This was something Kara had always wanted to do, but she wasn’t sure she could handle it – physically and emotionally – due to the negative effects of chemotherapy and radiation on her strength and body. After giving it some thought, Kara jumped at the opportunity. “It was an amazing experience,” she says. “Having gone through that and having it provided by a community support resource – somebody who provided something to me that they didn’t have to – just really moved me.” The invitation to go paddleboarding meant more to Kara than the thrill of trying the water sport of her dreams; it helped her realize that she, too, has the power to be a resource for others.

Eager to learn more about nonprofit management, Kara got involved with Quality Enhancement for Nonprofit Organizations, an organization within her local university that offered help to emerging nonprofits. This led her to discover other nonprofit organizations, including NCCS, that support patient advocates. “NCCS provides incredible resources and support to cancer patients and survivors at a national level. In digging around on the website, I saw the opportunity to be a part of the Cancer Policy and Advocacy Team,” she says. Kara felt confident that she could use her lived experience to take Going Beyond the Pink to the next level while representing NCCS. She kept a low profile during her first year in CPAT, taking the time to watch, listen, and learn before becoming more engaged during her second year. When NCCS awarded Kara with a scholarship to attend this year’s in-person CPAT Symposium, she felt incredibly excited to join other patient advocates in one of her favorite cities: Washington, DC. 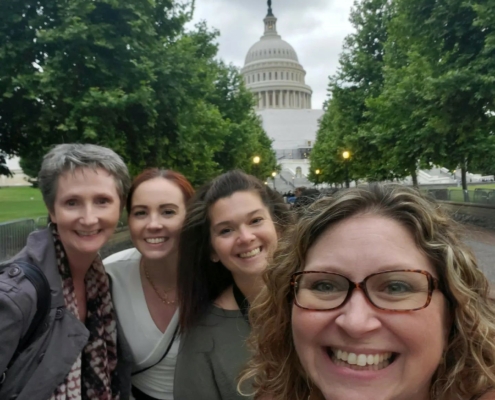 Kara and other advocates in Washington, DC during the 2022 CPAT Symposium.

She emerged from the CPAT Symposium feeling like she finally found a community of survivors who, like her, felt energized by helping others and by improving cancer care and the cancer survivorship experience. The anticipation Kara felt throughout the experience reminded her of the night before Christmas. She sat at the edge of her seat, feverishly took notes during each session, and wondered why every cancer survivor wasn’t having the same experience. The Monuments by Moonlight Tour was the icing on the cake, as it gave her the chance to let loose with other survivors and laugh until their cheeks hurt. Kara vows to never miss a CPAT Symposium in the future. “It was such an emotionally powerful experience; it was such an educationally powerful experience,” she says. “I cannot rave about it enough, and I am so excited for the next one.”

Kara also participated in NCCS’s Virtual CPAT Symposium and Hill Week Kickoff, which prepared her to meet with congressional staffers from the offices of Senator Thom Tillis (R-NC), Senator Richard Burr (R-NC), and Representative David Rouzer (R-NC-07). She leveraged her previous advocacy experience on Capitol Hill to request their support of H.R. 4414, the Cancer Care Planning and Communications Act, a bipartisan bill that will establish a Medicare service for cancer care planning. While advocacy is the first step toward effecting change, Kara believes legislation is a necessary step toward seeing it through. “It was a great experience to have the opportunity to do something that felt so incredibly meaningful,” she says. Although she doesn’t know whether the congressmen will get behind the legislation, she feels content knowing that she opened their staffers’ eyes to the positive impact it would have on cancer patients.

As Kara’s survivorship journey continues, so does her desire to learn more about her experience. She’s a lifelong learner who harnesses the power of knowledge to effectively advocate for members of the breast cancer community. “I’ll never say that cancer is a gift – but if you get anything out of it, one of the things is this recognition that you can actually help others,” she says. 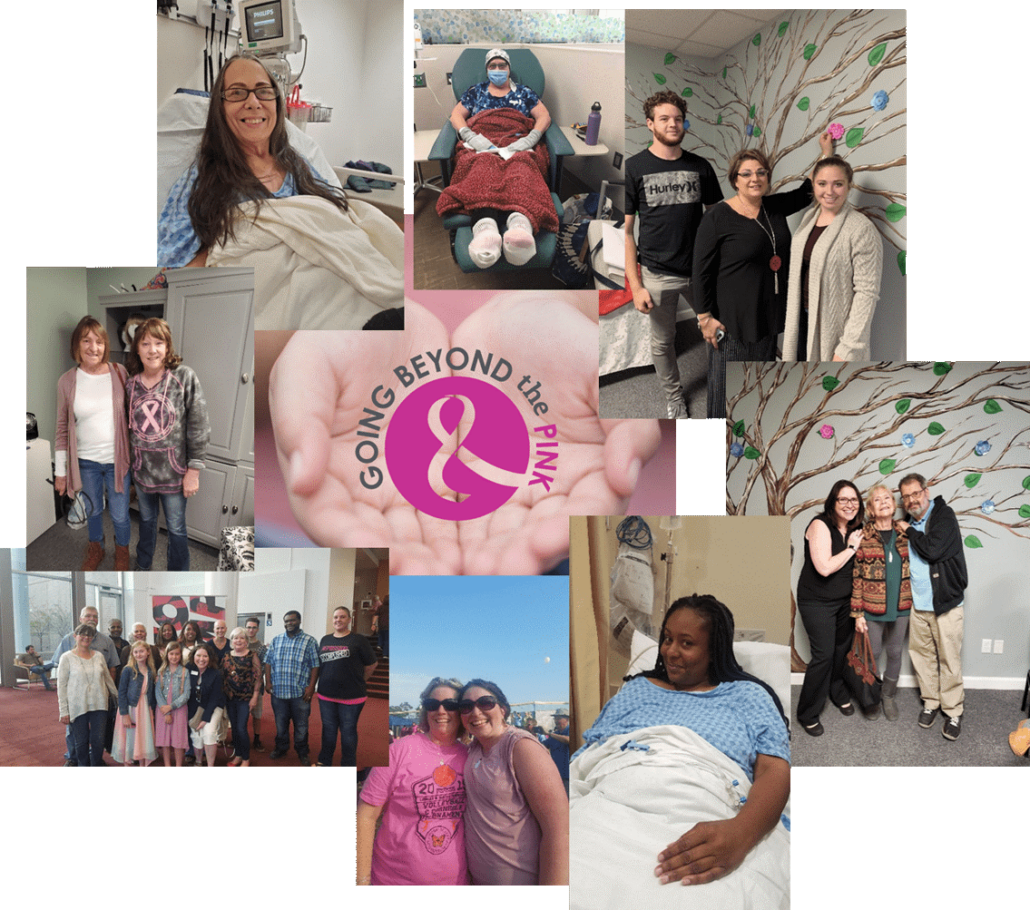 Webinar – Care and Career Support: From Health Systems to Employers