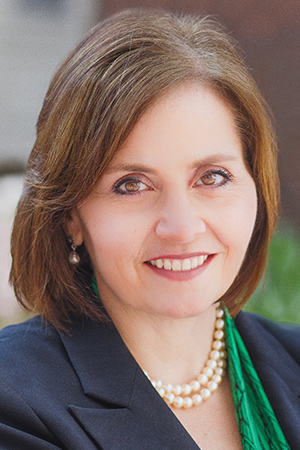 Last month, I had the honor of speaking at CancerCon, an incredible gathering of 650 adolescent and young adult (AYA) cancer survivors, their caregivers, and health care providers and advocates from across the country.

Along with Kelsey Nepote, NCCS Advocacy Manager, and Kate Houghton, CEO of Critical Mass, we presented “From Patient to Advocate – Using Your Voice to Make Change.” We talked about the journey from self-advocate to public policy advocate, and discussed the importance of survivors sharing their stories with policymakers to inform policy decisions.

We talked about specific public policy issues that affect AYA cancer survivors, first and foremost, the Affordable Care Act and its patient protections and subsidies to help cancer survivors purchase quality, affordable health insurance. The discussion was especially timely as Congress was again considering the American Health Care Act (AHCA). The fears and concerns expressed by the AYA survivors we met were palpable. They shared with us their worries about their ability to purchase insurance if protections for people with pre-existing conditions are eliminated.

Unfortunately, their fears are warranted.

The new version of the AHCA, with an amendment to appeal to those Members of Congress who believe the original legislation did not go far enough, is even worse than the original. It allows states to opt-out of the important patient protections currently contained in the Affordable Care Act.  That means for the millions of Americans in those states, it would gut protections against pre-existing conditions, remove the requirement that health plans cover essential health benefits, and allow insurers to charge people more based on their age and health status.  While numerous elected officials have said that protections for pre-existing conditions would be maintained, this bill clearly violates that promise.

The Center on Budget and Policy Priorities explained how the legislation would gut pre-existing conditions:

Waiving community rating means insurers could once again discriminate against people based on their medical history. Insurers could increase premiums by unlimited amounts for people with a history of cancer, hypertension, asthma, depression, or other conditions. If insurers charged people the full expected cost of their conditions, that would mean premiums exceeding $100,000 per year for people with metastatic cancer […]

The AHCA is a threat to the health and well-being for millions of cancer patients and survivors. With it passing the House of Representatives, it is critical that the entire cancer community reach out to Members of the Senate to let them know that we deserve better and that we will not be fooled by empty promises of “protections.”

It was an honor to speak to an active, engaged group of survivors and their loved ones. They are the very people who need to speak up, share their story, and let their Members of Congress know why long-term access to quality, affordable health insurance is so important to cancer survivors.

Learn more about the ACA, the protections it provides, and advocacy tips »

May 20, 2022
Last week, NCCS hosted a conversation with cancer control expert and epidemiologist Otis Brawley, MD. NCCS CEO Shelley Fuld Nasso moderated the discussion. “We knew exactly who we wanted to be our first guest speaker in this series. Dr. Otis Brawley is a Bloomberg Distinguished Professor at Johns Hopkins University, an oncologist and an epidemiologist. [...]
END_OF_DOCUMENT_TOKEN_TO_BE_REPLACED
https://canceradvocacy.org/wp-content/uploads/Beyond-the-Checkbox-Crystal-Labbato.jpg 600 1200 NCCS Staff https://canceradvocacy.org/wp-content/uploads/2020/06/NCCA-Logo.png NCCS Staff2022-05-20 13:39:272022-05-20 13:39:27Webinar – Beyond the Checkbox: Delivering Meaningful Cancer Survivorship Care in a Community Setting

What Caught Our Eye: GOP Lawmakers Face AHCA Backlash at Home, A Profile on...

ACA Update | May 19, 2017: Senate Negotiates their Version of the AHCA, Waits...
Scroll to top
Get Updates From NCCS