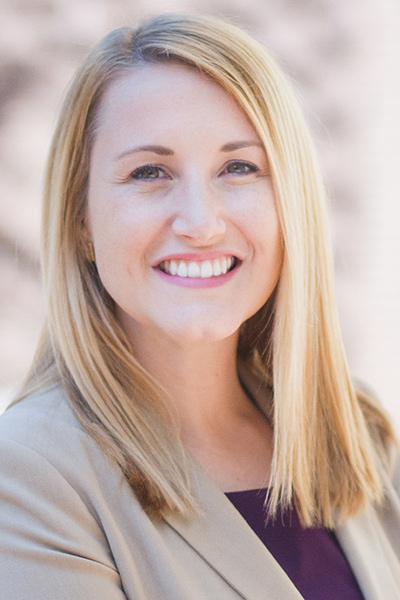 With the health reform debate moving to the Senate following passage of the American Health Care Act (AHCA) in the House, I’ve spent the last few weeks meeting with numerous Senate offices on both sides of the aisle.

During one such meeting with a Republican Senator’s health policy team, I outlined the many reasons the AHCA would be harmful to cancer patients, survivors, and their families. High on that long list of issues are the $880 billion in proposed cuts to Medicaid and the phasing out of the Medicaid expansion program, which provides millions of low-income Americans, most of whom are children, with access to affordable health care. These Medicaid reductions alone would result in 14 million Americans losing health care coverage according to the latest analysis by the Congressional Budget Office (CBO).

What the Senate staffers said next truly shocked me. They pushed back by saying that because the state they represent did NOT expand Medicaid under the Affordable Care Act (ACA), they were not concerned with the Medicaid cuts in the AHCA. They felt strongly that it was “unfair” that Republican Senators from states that DID expand access are holding up the process of repeal over these Medicaid cuts.

A breakdown of coverage loss estimates based on CBO's projections. #Protectourcare pic.twitter.com/r7WiTsqDy7

It should also be noted that several offices told me that per capita caps in Medicaid are basically a “done deal” in the Senate negotiations. While this continues to just be a rumor as we’ve seen no bill language yet, such a development is very concerning. Per capita caps would set a limit on how much the federal government will reimburse states for each patient in their Medicaid program. Anything spent above that cap would then be paid for by the state or the patient, or benefits would be reduced or denied altogether. This could prove to be catastrophic for states who are already facing budgetary challenges, and for vulnerable populations, including cancer survivors.

I hear the message again and again from Republican offices supporting the AHCA, that the bill gives states “freedom” from the grip of the ACA. But taking health care away from cancer survivors who rely on affordable access to coverage for their treatments, survival and long-term care, isn’t “freedom.” This is heartless, no matter what the financial or ideological rationale might be. 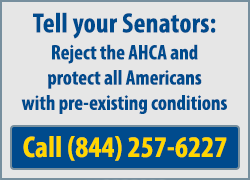 As Senators continue to discuss and debate this health reform bill, right now is the time that they need to hear from constituents. Call the NCCS hotline at (844) 257-6227 and let your Senators know any decisions that threaten access to affordable care for millions of Americans will not be tolerated.

Learn more about the ACA, the protections it provides, and advocacy tips »

May 20, 2022
Last week, NCCS hosted a conversation with cancer control expert and epidemiologist Otis Brawley, MD. NCCS CEO Shelley Fuld Nasso moderated the discussion. “We knew exactly who we wanted to be our first guest speaker in this series. Dr. Otis Brawley is a Bloomberg Distinguished Professor at Johns Hopkins University, an oncologist and an epidemiologist. [...]
END_OF_DOCUMENT_TOKEN_TO_BE_REPLACED
https://canceradvocacy.org/wp-content/uploads/Beyond-the-Checkbox-Crystal-Labbato.jpg 600 1200 NCCS Staff https://canceradvocacy.org/wp-content/uploads/2020/06/NCCA-Logo.png NCCS Staff2022-05-20 13:39:272022-05-20 13:39:27Webinar – Beyond the Checkbox: Delivering Meaningful Cancer Survivorship Care in a Community Setting