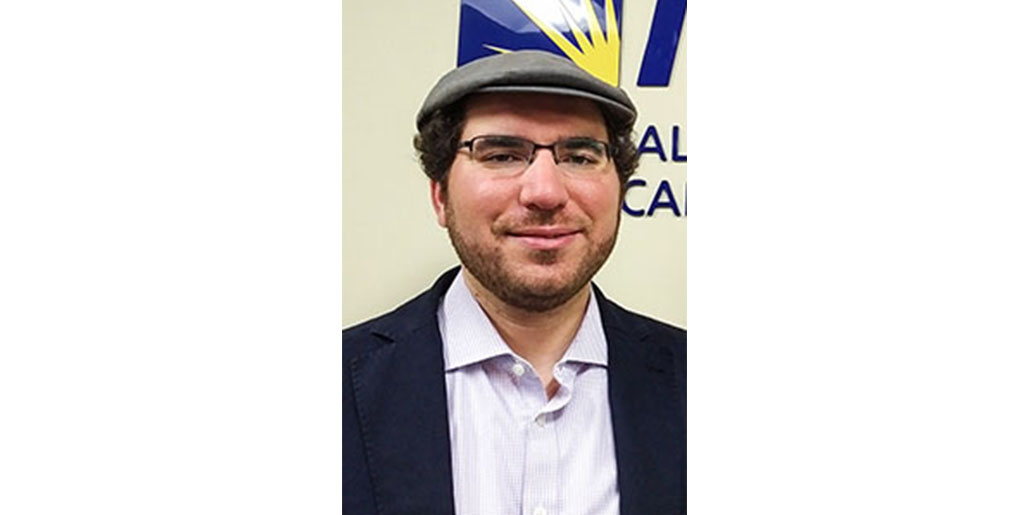 NCCS Board Member and Cancer Survivor

Three years ago this week, a specially-trained neurosurgeon opened up my scalp, and for the next 12 hours, he delicately resected as much of a golf-ball-sized tumor as possible without permanently damaging the area of my brain that controls speech and fine motor skills. The fact that I can type this article on a normal keyboard and read it aloud is a testament to the doctor’s skill. Without him, or the team who supported the procedure (I needed to be kept awake but sedated so I could respond to verbal cues), I wouldn’t be living the quality of life – or any life – today.

I was fortunate, not because I was diagnosed with a rare, often deadly brain cancer, but because I received exceptional care and I had excellent insurance that didn’t impose restrictions or annual or lifetime caps. If I was not married and relied on a student insurance plan or gambled on staying healthy without insurance, I would have been filing for bankruptcy the moment I consented to surgery. I would have been over a half-million dollars in the hole even before I started chemo and radiation. I had a lot of worries, but health insurance wasn’t one of them. Now I worry for patients like me.

“Congressman Fred Upton’s amendment to provide $8 billion to support high-risk pools is either missing a zero or is a disingenuous way to claim to his constituents with pre-existing conditions that he stood up for them. ”
The question of providing coverage to the most expensive patients gets to the heart of the debate about health care today. Among the most important revolutions of the Affordable Care Act (ACA) were the protections it granted to the millions of Americans with pre-existing conditions from being charged more or denied coverage due to their health status. To be precise, 52 million Americans under the age of 65 with conditions ranging from sleep apnea to pregnancy were often denied coverage. Cancer was at the top of the list of deniable conditions. There are an estimated 16 million cancer survivors today.

Republicans who have been trying to follow through on their pledge to repeal Obamacare have been struggling with the reality that many of the provisions of the ACA are popular, especially the protections for those with pre-existing conditions. True, in some areas in the U.S., there are problems with rising premiums and insurers leaving the individual marketplace. But the GOP’s American Health Care Act (AHCA) does not pretend to fix these problems. Instead, it proposes significant tax cuts for the wealthy, while causing 24 million people (14 million by 2018 alone) to lose coverage and raising premiums and deductibles for millions of Americans. The House leadership has failed to bring the AHCA to a vote twice because they couldn’t bring two wings of the party together: moderates, who believe in the pre-existing conditions protections enshrined in the ACA; and the Freedom Caucus, who want to minimize health care expenditures and regulations.

Arm-twisting and horse-trading along Pennsylvania Avenue threatens to revive an amended AHCA as early as tomorrow. At its core is a compromise between some Republican moderates who want to say they stood up for protecting pre-existing conditions and the Freedom Caucus who want to drop mandates on pre-existing conditions and essential health benefits (EHBs), such as maternity care and emergency room visits, that all plans must provide under the ACA. The MacArthur amendment would let states apply for waivers to allow them to set their own EHBs; enable insurers to set age ratios that would charge older people more than 5 times more for insurance (the ACA imposed a 3:1 age ratio); and allow insurers to resume health status underwriting. In other words, pre-existing conditions would be protected in name only since insurers could charge unaffordable premiums to patients.

Under the MacArthur amendment, states can obtain a waiver as long as they offer supposed substitutes for covering high-risk individuals. These high-risk pools have been tried before the ACA and had several inherent flaws. First, they are extremely expensive because they cover the most expensive patients by definition. They ran deficits even while covering a limited band of people. The 35 states that offered high-risk pools in 2011 (before the ACA) lost around $1.2 billion and only covered 226,000 people. These plans also set annual or lifetime coverage caps that could easily be exceeded by a few hospital stays or major procedures. Congressman Fred Upton’s amendment to provide $8 billion to support high-risk pools is either missing a zero or is a disingenuous way to claim to his constituents with pre-existing conditions that he stood up for them. Finally, as Mike Kappel, a fellow board member at NCCS, explains from his personal experience in Georgia’s high-risk pool, these programs operate under extremely restrictive conditions that lower-income individuals often cannot meet. 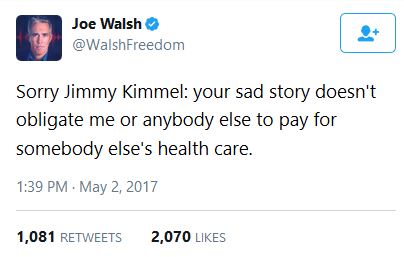 Jimmy Kimmel’s emotional monologue got at the core of our ongoing health care debate when he said “No parent should ever have to decide if they can afford to save their child’s life,” after his son was born last week with a major heart defect.

In response, former one-term Tea Party Congressman Joe Walsh tweeted, “Your sad story doesn’t obligate me or anybody else to pay for somebody else’s health care.”

Neither the MacArthur Amendment nor the Upton Amendment comes close to meeting the needs of cancer patients and survivors. Congress must hear from high-risk patients, and anyone who agrees with Jimmy Kimmel, that we don’t want to be treated as second-class citizens.

Ben Fishman is a glioblastoma cancer survivor and joined the board of NCCS in 2017. He is a foreign policy and national security specialist who served at the White House from 2009-2013.

Learn more about the ACA and the protections it provides »

November 1, 2022
Amanda Helms was enjoying a bubble bath while reading a book when she looked down and noticed a lump on the side of her breast in January…
END_OF_DOCUMENT_TOKEN_TO_BE_REPLACED
https://canceradvocacy.org/wp-content/uploads/Amanda-Helms-Advocate-Spotlight-webmc.jpg 600 1200 NCCS Staff https://canceradvocacy.org/wp-content/uploads/2020/06/NCCA-Logo.png NCCS Staff2022-11-01 13:57:522022-11-10 15:01:05Amanda Helms: Care Planning, Mental Health, and Palliative Care are Essential to Quality Cancer Care