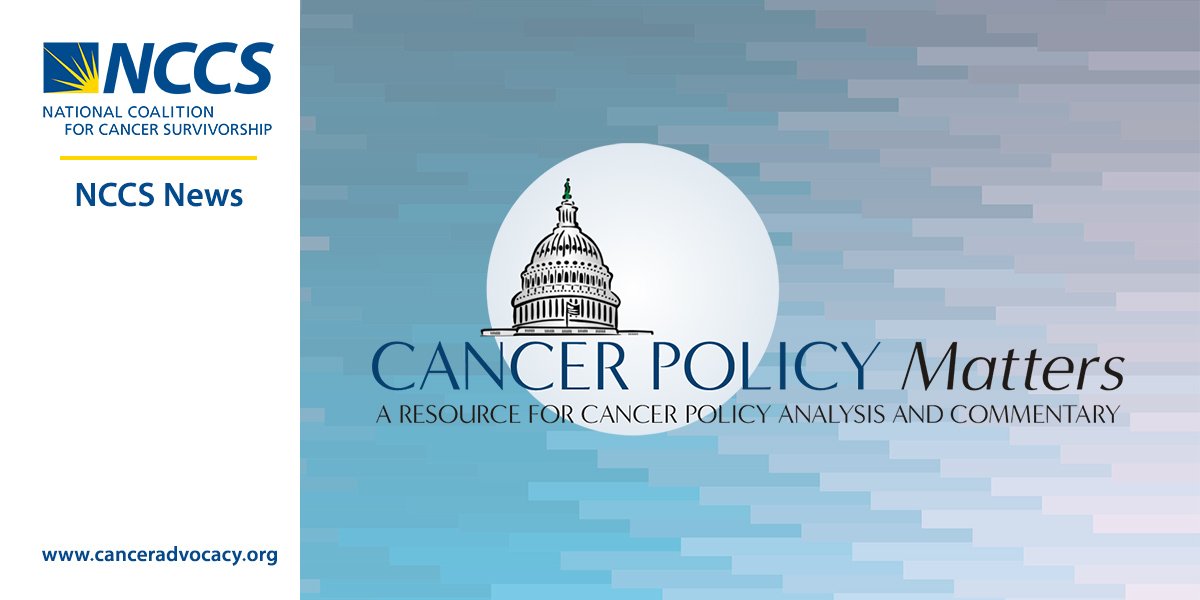 December 19, 2019 – The National Coalition for Cancer Survivorship (NCCS) notes that the Fifth Circuit Court of Appeals issued its opinion in the case of Texas v. United States, a case challenging the Affordable Care Act (ACA).

NCCS would first like to offer assurances to those Americans who are insured by health insurance plans purchased through the ACA marketplaces, those who are enrolled in Medicaid authorized by ACA, and many others who enjoy the pre-existing condition protections and other protections of the ACA. You will continue to benefit from the important programs and protections of the ACA while the litigation continues and the courts proceed with consideration of the ACA challenge.

At the same time, NCCS is disappointed that a cloud of uncertainty hangs over the ACA, a cloud that causes worry for individual consumers and that affects the implementation and administration of the law. We will continue to press lawmakers to reassert their support for the patient protections of the ACA, for the subsidies that make insurance affordable for many Americans, and for access to Medicaid. We have evidence that the ACA has improved access to cancer care for many vulnerable Americans, and we are not satisfied to see that progress reversed.

We understand that the state attorneys general who are defending the ACA will ask the Supreme Court to review Texas v. United States without delay and before the District Court reviews the case again on remand. Because this request may be the fastest path to resolution of the legal questions surrounding the ACA, we support this effort.

NCCS also joined with 28 patient groups in a statement voicing concerns with the recent ruling in the ACA lawsuit. Read the statement below or view in a new browser tab.

August 3, 2022
NCCS hosted a webinar about the unique demands of caregiving in cancer and strategies that employers and health systems might engage…
END_OF_DOCUMENT_TOKEN_TO_BE_REPLACED
https://canceradvocacy.org/wp-content/uploads/Care-and-Career-Support-webinar-post-1200px.jpg 600 1200 NCCS Staff http://canceradvocacy.org/wp-content/uploads/2020/06/NCCA-Logo.png NCCS Staff2022-08-03 10:24:462022-08-03 10:24:46Webinar – Care and Career Support: From Health Systems to Employers

Health Care Roundup: ACA Lawsuit Update; Why Drug Importation Is Unlikely to...
Scroll to top
Get Updates From NCCS