This week, the House and Senate held several hearings related to health care, including a House Ways and Means Committee hearing titled “Protecting Americans with Pre-Existing Conditions.” The hearing illustrated the stark difference between the two parties’ health care goals.

There were also dueling drug pricing hearings this week, one from the House Committee on Oversight and Reform titled, “Examining the Actions of Drug Companies Raising Prescription Drug Prices.” The Senate Finance Committee also held a hearing titled, “Drug Pricing in America: A Prescription for Change, Part I.”

Robert Pear of the New York Times provided an overview of the hearings:

Members of Congress from both parties served notice on pharmaceutical companies on Tuesday that the days of unchecked drug-price increases were over and that they would be held politically accountable for exorbitant prices. The new reality became apparent at simultaneous but separate hearings of House and Senate committees where lawmakers said that the relentless increases were unsustainable and unacceptable.

On Thursday, Health and Human Services (HHS) Secretary Alex Azar announced a policy proposal that would eliminate rebates from drug manufacturers to insurers and pharmacy benefit managers in the Medicare program, which the department claims would lower the out-of-pocket spending on prescription drugs at the pharmacy. Azar then called on Congress to pass the proposal into law banning rebates and extending it to the commercial market. Under draft rules, drug manufacturers would be allowed to offer rebates directly to consumers but would no longer be able to give rebates to pharmacy benefit managers. Stay tuned as NCCS analyzes this proposal and its potential impacts on cancer survivors.

NCCS recently commented on another drug pricing proposal by HHS. This proposed rule would change Medicare Part D’s protected classes drug coverage. In response, NCCS joined with other patient and provider groups of the Cancer Leadership Council (CLC) to comment on how these proposed changes could impact patients. The proposed rule would give Medicare plans the option to limit coverage of drugs in six categories, including cancer drugs. In the comment letter, the groups urge HHS to reconsider these changes as they would create barriers to treatments that cancer patients need. One major reservation articulated in the letter concerned the impact of the broader use of prior authorization and step therapy for drugs in protected classes. Access to only one drug in a specific drug class would undermine the ability to receive appropriate and recommended treatment. 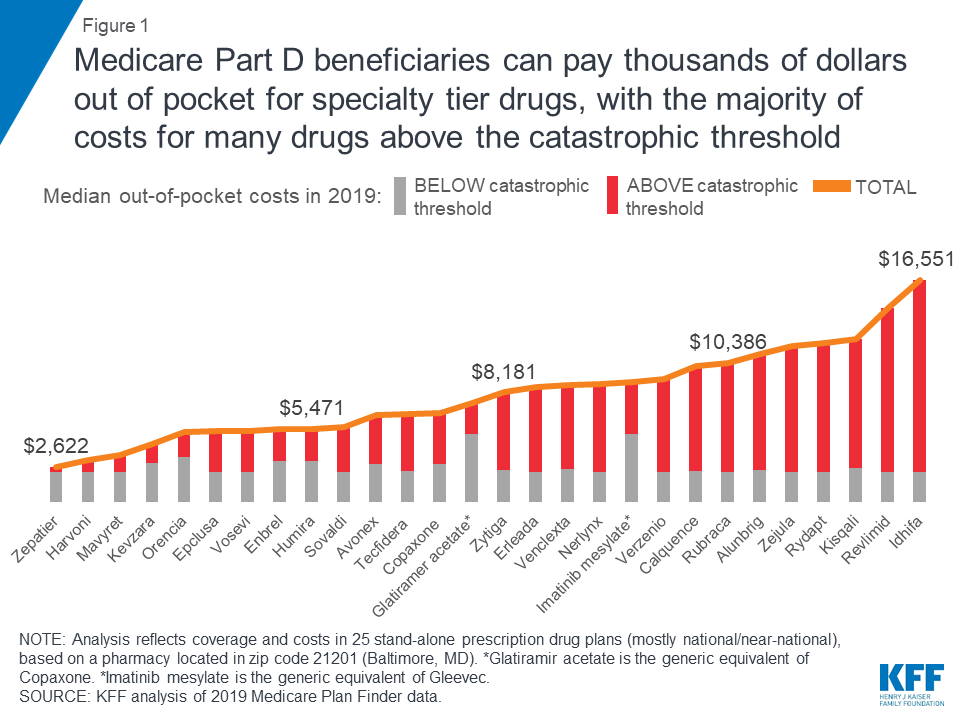 Expanding access and increasing recruitment for clinical trials is an ongoing issue for NCCS. This article discusses the many challenges of recruiting patients to participate in clinical trials investigating immunotherapy drugs.

At the end of the day, only about 4 percent of the adult population of patients is treated on clinical trials in the United States, as opposed to nearly 90-plus percent of children with cancer.

Momentum is building for action to prevent patients from receiving massive unexpected medical bills, aided by President Trump, who is vowing to take on the issue. Calls for action against so-called "surprise" medical bills have been growing, spurred by viral stories like one involving a teacher in Texas last year who received a $108,000 bill from the hospital after his heart attack.

A Jerusalem Post article making the rounds on social media claims that an Israeli biotech company will have “a complete cure for cancer” within a year. Matthew Herper explains why the claim is not true, writing:

The claim, absurd on its face, was particularly frustrating to those who work in medicine and drug development because it seemed so obvious there was not enough evidence to make it.

Consolidation of health insurance and drug benefits is back

January 12, 2023
As a Triple Negative Breast Cancer survivor, Sharon turned her personal experience into a passion for advocacy and giving back to the community. When she received her diagnosis in May 2015, she remembers being in a state of shock and grief. She said, “You have to allow yourself time to breathe and grieve.”
END_OF_DOCUMENT_TOKEN_TO_BE_REPLACED
https://canceradvocacy.org/wp-content/uploads/Advocate-Spotlight-Sharon-Rivera-Sanchez.jpg 600 1200 NCCS Staff https://canceradvocacy.org/wp-content/uploads/2020/06/NCCA-Logo.png NCCS Staff2023-01-12 15:24:442023-01-12 15:24:44Sharon Rivera-Sanchez: Triple Negative Breast Cancer Survivor Finds Passion in Fitness and Advocacy

December 7, 2022
Alique was first diagnosed with Acute Myeloid Leukemia (AML) at the age of four. Her mother, Michele, knew something was wrong because “the light in her eyes was gone”. After being told by doctors that there was nothing wrong, her family was relentless until new blood work uncovered blast cells.
END_OF_DOCUMENT_TOKEN_TO_BE_REPLACED
https://canceradvocacy.org/wp-content/uploads/Alique-Topalian-Advocate-Spotlight.jpg 600 1200 NCCS Staff https://canceradvocacy.org/wp-content/uploads/2020/06/NCCA-Logo.png NCCS Staff2022-12-07 11:46:562022-12-07 11:48:28Alique Topalian: Childhood Cancer and the Frightening Realities of the Survivorship Journey