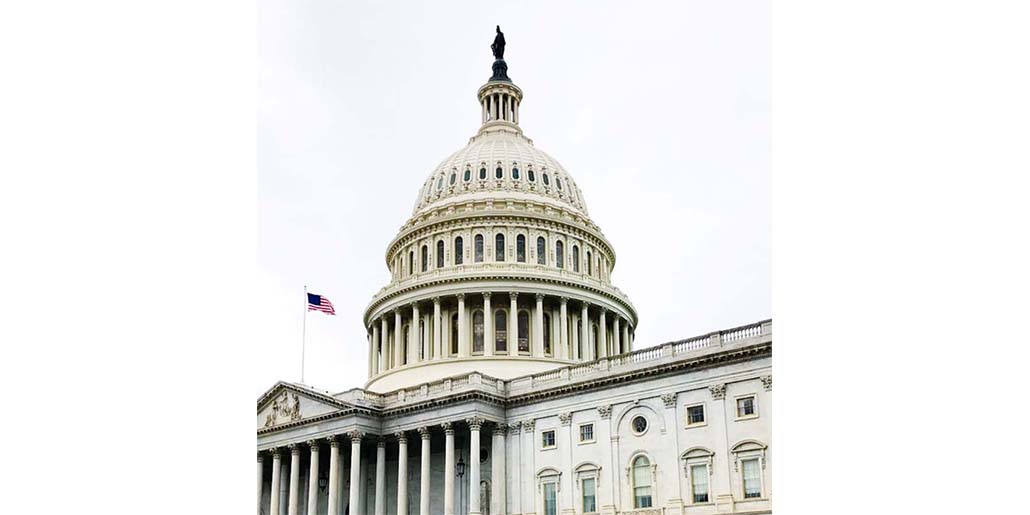 Bethesda, MD – 87 organizations issued a letter today calling on Congress to take a hard look at the likely significant and life-threatening consequences of the American Health Care Act on millions of patients. The organizations represent Americans with complex health needs who rely on Medicaid for access to care, prevention and treatment.For example, Medicaid supports:

The American Health Care Act would cut Medicaid funds and reduce eligibility with the goal of cost savings, but at the expense of patients who rely on this vital safety net for their life-sustaining health care needs. Millions of patients would be left without Medicaid coverage under this proposal, threatening their ability to maintain their health and well-being. We implore Congress to take urgent action to protect constituents and communities across the nation.

See below for the full text of the letter and complete list of organizations that signed on.

The undersigned organizations write to express grave concern about proposals put forth in the American Health Care Act (AHCA) to alter the fundamental structure and purpose of Medicaid, a vital source of health care for patients with ongoing health needs.

We feel compelled to speak out against proposals to phase out Medicaid expansion and implement per capita caps, which threaten the ability of Medicaid to provide critical health care services to many of our most vulnerable citizens.  These proposals aim to achieve cost savings of approximately $880 billion, according to the Congressional Budget Office, at the expense of tens of millions of patients who rely on Medicaid for life-sustaining care.[1]  While we appreciate the opportunities we have had to work with your staff, we cannot support the Medicaid provisions in this bill and cannot accept policies that prioritize cutting costs by limiting patients’ access to care.

Medicaid is Critical for Patients

Medicaid is a crucial source of coverage for patients with serious and chronic health care needs.  Pregnant women depend on Medicaid, which covers roughly 50 percent of all births including many high-risk pregnancies.[2]  Medicaid covers cancer patients: nearly one-third of pediatric cancer patients were enrolled in Medicaid in 2013 and approximately 1.52 million adults with a history of cancer were covered by Medicaid in 2015.[3]  Over fifty percent of children and one-third of adults living with cystic fibrosis rely on Medicaid to get the treatments and therapies they need to preserve their health.[4]  Nearly half of children with asthma are covered by Medicaid or CHIP and adults with diabetes are disproportionally covered by Medicaid as well.[5], [6]  The patients we represent are eligible for Medicaid through various pathways, including through income-related and disability criteria.

The proposal to convert federal financing of Medicaid to a per capita cap system is deeply troubling.  This policy is designed to reduce federal funding for Medicaid, forcing states to either make up the difference with their own funds or cut their programs by reducing the number of people they serve and the health benefits they provide.

For patients with ongoing health care needs, this means that Medicaid may no longer cover the care and treatments they need, including breakthrough therapies and technology.  In order to save money, the per capita caps are set to grow more slowly than expected Medicaid costs under current law.[7]  As the gap between the capped allotment and actual costs increases over time, states will be forced to constrain eligibility, reduce benefits, lower provider payments, or increase cost-sharing.  Moreover, by capping the federal government’s contribution to Medicaid in this manner, states will be less able to cover the cost of new treatments.  This could be devastating for people with serious diseases, for whom groundbreaking treatments represent a new lease on life.  For people with cystic fibrosis, cancer, and other diseases, new therapies can be game changers that improve quality of life and increase life expectancy.  In fact, we have already seen Medicaid programs respond to current budget constraints by using clinically inappropriate criteria to restrict access to therapies old and new.  A per capita cap will only exacerbate the downward pressure on Medicaid budgets and will further reduce access to these therapies for patients.

Pairing financing reforms with increased flexibility, as has often been proposed, would further undermine Medicaid’s role as a safety net for patients.  Without current guardrails provided by federal requirements—coupled with reduced federal funding—states will have the authority to reduce benefits and eligibility as they see fit and to impose other restrictions, such as waiting periods and enrollment caps.  These policies have serious implications for patients—for a person with cancer, enrollment freezes and waiting lists could mean a later-stage diagnosis when treatment costs are higher and survival is less likely.  For a person with diabetes, this would risk the ability to adequately manage the disease.  Many of our patients rely on costly services that will be quickly targeted for cuts if states are given such flexibility, so it is imperative that current federal safeguards remain in place.

While the AHCA has been described as preserving Medicaid expansion for those already enrolled in coverage, we are concerned that estimates show that eliminating the enhanced match for any enrollee with even a small gap in coverage would actually result in millions of people losing coverage.[8],[9]  By eliminating the enhanced federal match for any enrollee with a gap in coverage, eventually states will be on the hook for billions of dollars to continue covering this population—an insurmountable financial hurdle.  Additionally, seven states have laws that would effectively end Medicaid expansion immediately or soon thereafter when the expansion match rate is eliminated.  Nearly half of adults covered by the Medicaid expansion are permanently disabled, have serious physical or mental conditions—such as cancer, stroke, heart disease, arthritis, pregnancy, or diabetes—or are in fair or poor health.[10] Repealing Medicaid expansion will leave these patients without coverage they depend upon to maintain their health.

The proposed financing reforms are a fundamental shift away from Medicaid’s role as a safety-net for some of the most vulnerable members of our society.  Repealing Medicaid expansion would leave millions without the health care they rely on.  Our organizations represent and provide care for millions of Americans living with ongoing health care needs who rely on Medicaid and we cannot support policies that pose such a grave risk to patients.

We hope that we can continue our dialogue as you move forward in this process to arrive at solutions that provide all Americans with high-quality, affordable care regardless of an individual’s income, employment status, health status, or geographic location.

[6] Kaiser Commission on Medicaid and the Uninsured. The Role of Medicaid for People with Diabetes. (Online). November 2012.

January 12, 2023
As a Triple Negative Breast Cancer survivor, Sharon turned her personal experience into a passion for advocacy and giving back to the community. When she received her diagnosis in May 2015, she remembers being in a state of shock and grief. She said, “You have to allow yourself time to breathe and grieve.”
END_OF_DOCUMENT_TOKEN_TO_BE_REPLACED
https://canceradvocacy.org/wp-content/uploads/Advocate-Spotlight-Sharon-Rivera-Sanchez.jpg 600 1200 NCCS Staff https://canceradvocacy.org/wp-content/uploads/2020/06/NCCA-Logo.png NCCS Staff2023-01-12 15:24:442023-01-12 15:24:44Sharon Rivera-Sanchez: Triple Negative Breast Cancer Survivor Finds Passion in Fitness and Advocacy

December 7, 2022
Alique was first diagnosed with Acute Myeloid Leukemia (AML) at the age of four. Her mother, Michele, knew something was wrong because “the light in her eyes was gone”. After being told by doctors that there was nothing wrong, her family was relentless until new blood work uncovered blast cells.
END_OF_DOCUMENT_TOKEN_TO_BE_REPLACED
https://canceradvocacy.org/wp-content/uploads/Alique-Topalian-Advocate-Spotlight.jpg 600 1200 NCCS Staff https://canceradvocacy.org/wp-content/uploads/2020/06/NCCA-Logo.png NCCS Staff2022-12-07 11:46:562022-12-07 11:48:28Alique Topalian: Childhood Cancer and the Frightening Realities of the Survivorship Journey