“A focus on the patient and support for continued progress needs to be part of the equation.”
Three articles caught our eye at NCCS this week.  The one that raises the most questions for us in terms of policy development is from our friend, Amy Abernathy, appearing as a blog post for the June 10th issue of The Hill. Her argument in support of patient-centered care is something we have advocated for over 20 years.  Keeping the patient at the center of cancer care is recognized as a common-sense approach to best practices, as well as a way to achieve payment reforms for oncology that reward health care providers for delivery of such care.  Dr. Abernathy’s critical point about the cost/value equation is even more compelling, as the word “innovation” is often used as a term to suggest very expensive new therapies are akin to scientific breakthroughs. In fact, the science to back up these words is often more seductive than the hoped-for benefit, not to mention the “sticker shock” from the price of many of these new therapies.  Dr. Abernathy argues, “The promise of these advances doesn’t mean we should not address cost – progress comes at a price. But it does mean that, as we work on this important issue, a focus on the patient and support for continued progress needs to be part of the equation.  Value = Quality/cost x appropriateness for the individual.” We agree with this assessment and would add that payers (Medicare and private insurers) must set standards that will cover evidence-based care that is responsive to individuals.  The use of these “targeted” therapies must not have the consequence of financial toxicity for families.  One way to help manage this difficult conversation is to equip physicians with ways to talk about cost and value.  This begs another question which is to determine if it is the role of an individual patient in the midst of making a critical decision about their care to be engaged in the value debate, or is this the role for patient advocates to tackle?

Susan Gubar continues to give us much food for thought as she contributes another in a series of Well Blogs for The New York Times.  In the June 12th blog, Susan writes about the film “The Fault in Our Stars,” a highly anticipated movie made following the enormous popularity of a young adult book of the same name.  Those of us at NCCS who read the book and now will see the movie, can only hope that this story which was so well told by author, John Green, will leave viewers with more than wet gobs of Kleenex as they leave the theater.  As Susan says, “the cast of characters in this movie speaks to all ages.”  We agree, and encourage you to read Ms. Gubar’s blog posts.

The June 10th publication of Nature draws our attention to the public/private debate over databases that contain genetic information on individuals that serve as essential elements for the future development of targeted therapies for many diseases. The importance of the accuracy of this information to inform medical decisions based on the validity of this genetic material cannot be overstated. Issues over the proprietary nature of privately held data have been debated for well over a decade.  The article points out, “In genetic testing, the size of the reference database matters: the bigger it is, the more useful it becomes for interpreting the results of any individual gene test… Only by collecting data from many different people can scientists observe the same variants often enough to make these kinds of calculations with confidence.”  This doesn’t clear up the confusion over recent rulings in court cases dealing with whose genes are these, but it raises the larger questions regarding data sharing where full cooperation among companies is encouraged. 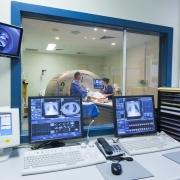 So Many Reasons to Save the Affordable Care Act 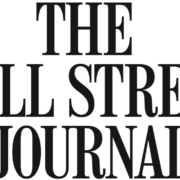 The Impetus for Creating the “Imperatives for Quality Cancer Care”