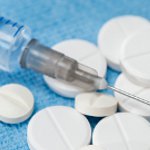 In a series entitled, “When Unapproved Drugs Are the Only Hope,” Meg Tirrell of CNBC takes an in-depth look into the complicated issue of patient access to drugs that have not yet been approved by the FDA, also known as “compassionate use” or expanded access programs (EAPs). She presents the story of 15-year-old Nathalie Traller, who has a rare cancer called alveolar soft part sarcoma and who is unable to participate in a clinical trial, for which she otherwise meets the criteria, because of her age. She also discusses several other patients who waged high-profile media and online campaigns to gain access to unapproved drugs – in some cases successfully, and in other cases not.

In addition to presenting the compelling human stories of patients who are desperate to gain access to medicines, she discusses the complicating factors that can slow or even derail drug approvals for use by all patients, as well as the reasons that drug companies deny many compassionate use requests. Tirrell also pointed to a drug that seemed to have promise in early studies, prompting the establishment of an EAP, ultimately failed. Finally, she interviews prominent ethicist Dr. Arthur Caplan of New York University, who has questioned the fairness of how compassionate use requests are handled in response to public pressure.