The annual report found that overall death rates from cancers continue to decline, and five-year survival rates are high for early-stage prostate, breast and colorectal cancer. However, survival rates are much lower for all stages of lung cancer, the report said, and a rise in liver, pancreatic and uterine cancer is stirring concern.

The nonpartisan Congressional Budget Office (CBO) released a report this week entitled, “Federal Subsidies for Health Insurance Coverage for People Under Age 65: 2018 to 2028.” As The Hill reports, ACA premiums “are expected to rise an average of 15 percent next year, an increase largely due to the GOP’s repeal of the law’s individual mandate.”

The report explains the increases:

The market for nongroup health insurance (that is, insurance bought individually rather than through an employer) is expected to be stable in most areas of the country over the decade. Premiums for benchmark plans, which are the basis for determining subsidies in that market, are projected to increase by about 15 percent from 2018 to 2019 and by about 7 percent per year between 2019 and 2028.

The article from The Hill goes on to say:

The CBO estimates that gutting the requirement that Americans have health insurance or face a tax penalty will contribute to about a 10 percent rise in premiums for 2019, with insurers expected to see healthier people dropping out of the marketplaces, leaving sicker enrollees on the plans.

The nonpartisan agency attributed the rest of the expected increase to rising health-care costs and the lack of insurers receiving a key ObamaCare payment compensating them for subsidizing out-of-pocket costs for certain enrollees.

This week, the House passed the same right to try bill that was approved in the Senate in August. As the New York Times explains, the bill would “allow dying patients to bypass the Food and Drug Administration and obtain an ‘investigational drug’ with the approval of their doctors, if the drug manufacturer agrees to supply it.”

Even though the FDA currently approves virtually all requests for access to unapproved therapies, once this bill is signed into law the FDA would be largely left out of the equation and would not oversee the right-to-try process. This change caused several patient advocacy organizations, including NCCS, to warn that patients may be put at risk due to unsafe and ineffective experimental therapies. Drug manufacturers would have to report “adverse events”—safety problems, including premature deaths—only once a year. The agency also would be restricted in how it used such information when considering the experimental treatments for approval.

The bill will now head to President Trump’s desk. He has urged Congress on several occasions to pass the bill.

While the legislation is not yet funded, “the STAR Act is an important bipartisan effort designed to advance pediatric cancer research and child-focused cancer treatments, while also improving childhood cancer surveillance and providing enhanced resources for survivors.” 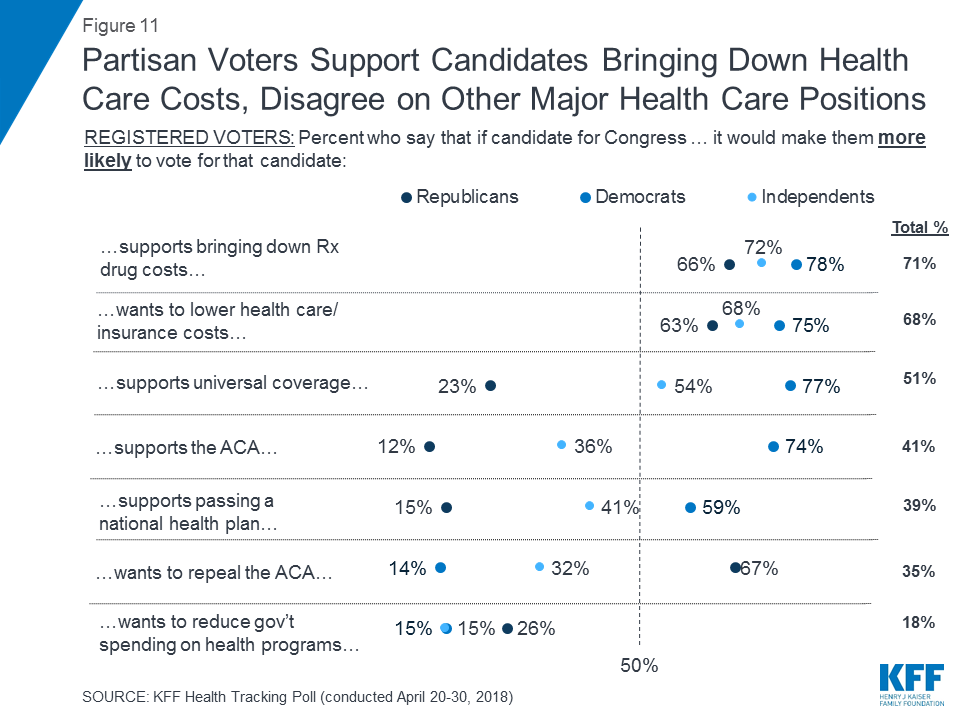 A Kaiser Health Tracking Poll found that “health care is among the top issues that voters want to hear candidates talk about during their congressional campaigns but ranks much lower among Republican voters, including those living in areas where there are competitive House, Senate, and Governor’s races.”

When a rural hospital shuts down

When rural hospitals close, their communities often lose their biggest employers and closest access to health care, struggling to stay afloat in the aftermath. And that’s happening a lot as the health care industry keeps consolidating—83 rural hospitals have closed since 2010, according to the North Carolina Rural Health Research Program. Read More »

In the United States, there is no single format used by all providers, and hospitals have no incentive to make it easy to transfer records from one place to another. The medical records mess is hobbling research and impeding attempts to improve patient care. Read More »

A related article from the New York Times: “Women With Breast Cancer Delay Care When Faced With High Deductibles”

Many cancer patients juggle care along with financial pain

Research has found that cancer patients are more than twice as likely as those without the disease to declare bankruptcy. More than 1.7 million new cancer cases will be diagnosed this year. Who winds up in financial trouble will depend on factors like the patient’s income, savings and insurance coverage. It’s not just the treatments that cause financial strain. Patients or parents of children with cancer often miss work or take on unexpected costs while traveling for care. Read More »

May 20, 2022
Last week, NCCS hosted a conversation with cancer control expert and epidemiologist Otis Brawley, MD. NCCS CEO Shelley Fuld Nasso moderated the discussion. “We knew exactly who we wanted to be our first guest speaker in this series. Dr. Otis Brawley is a Bloomberg Distinguished Professor at Johns Hopkins University, an oncologist and an epidemiologist. [...]
END_OF_DOCUMENT_TOKEN_TO_BE_REPLACED
https://canceradvocacy.org/wp-content/uploads/Beyond-the-Checkbox-Crystal-Labbato.jpg 600 1200 NCCS Staff https://canceradvocacy.org/wp-content/uploads/2020/06/NCCA-Logo.png NCCS Staff2022-05-20 13:39:272022-05-20 13:39:27Webinar – Beyond the Checkbox: Delivering Meaningful Cancer Survivorship Care in a Community Setting

NCCS Joins Cancer Leadership Council to Oppose Right to Try Legislation in the...

NCCS Statement on the Passage of the STAR Childhood Cancer Act and the Right...
Scroll to top
Get Updates From NCCS