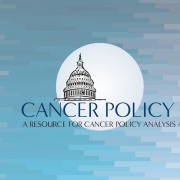 Exercise, Nutrition, and Cancer Survivorship Blog Series
Since 2005, NCCS has been a partner in Breakaway from Cancer® (BFC), sponsored by the Amgen Tour of California. As part of this year’s partnership, NCCS developed a blog post series, written by cancer survivors and experts, focusing on health and wellness during and after treatment. Whether you are a patient, survivor, or family member, we hope you find this series helpful and ask that you share it with your networks. 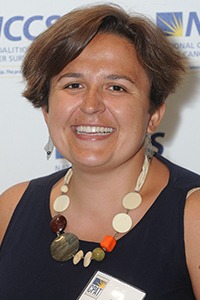 Being diagnosed with cancer stinks. It is a traumatic experience that will ripple through your life for years to come.

For me it was no different. I was diagnosed with endometrial cancer at 31 and underwent treatment for a year, which included high doses of steroids. After almost two years of remission my cancer returned and had begun to spread to my uterus. My oncologist advised me that a hysterectomy was needed and within a few weeks I underwent a radical hysterectomy at 34.

No google searches or consultations with your oncologist or nurse practitioner can prepare a young woman for what her body will experience during the months that follow.

I was not in control of anything. I did not know how I would react emotionally to many situations. My body was not my own, the doctors knew more about me and I hated it. Nothing made sense. My life did not return to normal – everything fell apart and I hit rock bottom.

Running might not be your thing, but find your thing. Find the activity that makes you rediscover the parts of your body that cancer silenced. Even if it is laying on the floor and stretching. Whatever you do find, start small.
During treatment and remission, I discovered spinning and it was my relief for a few years. In the dark I would let the world around me disappear and I would lose myself in the music. But returning to the gym after surgery was harder for me. It reminded me of my previous life. I could no longer find solace on the bike, it caused me more pain than relief.

About 2 years after my surgery I found a “Cancer to 5K” running program. I had never been a runner or even thought about running, but when this opportunity presented itself, I thought “why not?” This would be the best place to begin while being surrounded by other cancer warriors.

“Cancer to 5K” was organized by the Ulman Foundation, a young adult organization based in Baltimore, MD. They designed the program to run 12 weeks, meet twice a week, led by coaches, and culminate in a 5K goal race.

While taking part in the biweekly training, I learned that the Ulman Foundation was also recruiting for their yearly “Point to Point Experience.” This included walking/running from Baltimore, MD to Key West, FL and visiting various cancer centers along the way. During the journey the participants would create a community among themselves by sharing their cancer stories, how cancer touched their lives, what brought them to the Ulman Foundation, and every other conversation that can occur in a car.

It was during this time that I found a unique group of people who found it amazing that I was just beginning my running journey. They were supportive of me when I shared my cancer story, cried when I cried, and laughed at all the idiosyncrasies that can occur during cancer treatment. But most importantly, they became my friends and were able to understand and support me. 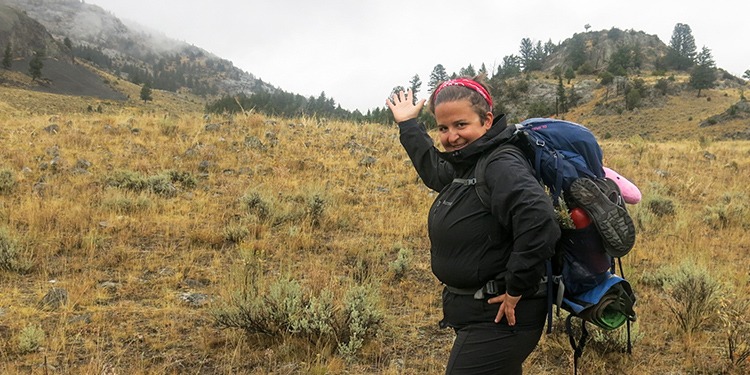 A few weeks after the “Point to Point Experience,” the “Cancer to 5K” goal race occurred, which was the final 3 miles of the NYC marathon. This was my first ever race. I was so nervous, but also so excited. It was exhilarating to experience streets of NY that I had walked and driven so many times before, but now I was running down them, just not that quickly. I accomplished something. I proved to myself that my post-cancer body could achieve new milestones. It was so surreal.

I realized that during the weeks of running and walking, I discovered a new side of myself. It was a side that I never thought would exist but one that I welcomed, apprehensively at first. I did not look like a runner, I was not as fast as the other members of the 5K team or during the goal race, but that didn’t matter. What mattered was how I felt when I ran and after. How my body continued to surprise me on what it could overcome, I was amazed basically that my legs were still moving. And guess what, other runners don’t care what you look like or how fast you are, all they care about is their own performance. However, when you get close to that finish line, it is lined with other runners cheering you on.

Within hours of pictures of my goal race being posted on social media, friends began asking when my next race was. I never thought about another race, but then the wheels began turning. I signed up for another 5K, and then thought about entering a longer race because recipients received a medal and earning a medal is really awesome. Thus, one 5K turned into a 15K and then a 5-mile race. Then came the ultimate “Why not?”—the chance to run the NYC Marathon in November 2019. That is 26.3 miles. I accepted the challenge and am in the process of training. When the marathon starts on November 3, it will be one year from my original 5K. No one knows how everything will turn out. All I can control is my training schedule and frame of mind. I conquered cancer—what’s 26.3 miles?

I can’t tell you that it is easy, because it’s not, but try it. Running might not be your thing, but find your thing. Find the activity that makes you rediscover the parts of your body that cancer silenced. Even if it is laying on the floor and stretching. Whatever you do find, start small. A few minutes a day. Work it into your schedule—while watching TV, lift a water bottle above your head. Don’t worry about what it looks like, you beat cancer. Now you have to take control of your health and live the rest of your life the best way possible.

About the Author: Xenia Rybak is an advocate focusing on the young adult cancer experience and mental health. She is in remission for uterine cancer after undergoing a radical hysterectomy in 2016 at the age of 34. Xenia is an active NCCS Cancer Policy and Advocacy Team (CPAT) Member, as well as an Elevate Ambassador for NCCS’ Elevating Survivorship initiative. She is her district’s legislative representative for the American Cancer Society – Cancer Action Network and an active volunteer with the Ulman Foundation based in Baltimore, MD.

In addition to advocacy, Xenia is a practicing art therapist in New York City and co-hosts a mental health based podcast “Firefly and Phoenix.” She is also training for her first marathon and managing her dog’s Instagram account @rupert_to_the_rescue.

Note: The views & opinions expressed in any guest post featured on our site are those of the guest author and do not necessarily reflect the opinions & views of the National Coalition for Cancer Survivorship. Read our blog and comment policies here.

More From This Blog Series

Error: View d5934eesew may not exist

This year, Amgen launched the Breakaway Challenge, where participants can turn their walking, running, or cycling miles, into supporting the fight against cancer and heart disease.