You are here: Home1 / Resources2 / COVID-19 Resources for Cancer Survivors

NCCS heard from many survivors who feel uniquely vulnerable due to their history of cancer treatments. And we have heard from people currently in treatment, who are worried about delays in care and navigating a stressed health care system.

We’re partnering and consulting with several cancer organizations and experts to address the questions and concerns survivors have shared.

Every residential home in the U.S. is eligible to order four free at-⁠home COVID-⁠19 tests and they are completely free. 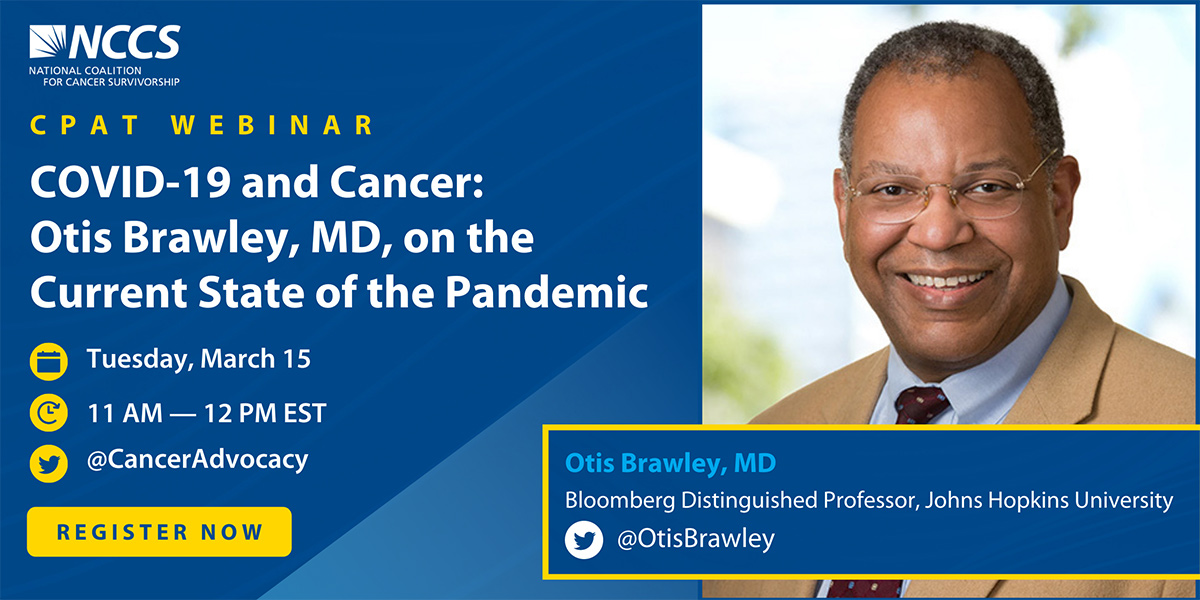 COVID-19 and Cancer: Otis Brawley, MD on the Current State of the Pandemic

Otis Brawley, MD, a globally-recognized expert in cancer prevention and control, joins NCCS CEO Shelley Fuld Nasso to discuss the current state of the COVID-19 pandemic and what relaxed public health measures mean for immunocompromised individuals. He will answer questions from CPAT members about how cancer survivors can best protect themselves.

Internationally-recognized cancer control expert and epidemiologist Otis Brawley, MD talks with NCCS CEO Shelley Fuld Nasso to answer questions from survivors and advocates about COVID-19 vaccines and the cancer community. Topics they discuss include comparisons of the different vaccines, the safety of the vaccines in general, safety for survivors of certain cancers, common side effects, how the vaccines were developed, and more.

What is it that makes cancer patients at higher risk? Is it the cancer itself or is it treatments for cancer? And if it’s the treatments, which treatments make patients more vulnerable?

What do you say to people who are hesitant to take the vaccine and concerned that they were approved so quickly?

Yeah, well, the education, I think is the most important part and folks who are hesitant to get the vaccine while I respect their hesitancy, I’ll tell them, everyone that I talked to who’s gotten the vaccine is of the belief that getting COVID is far worse. They haven’t talked to people who’ve gotten COVID. Getting COVID is far worse than getting the vaccine. Now that being said, there’s a lot of people say, how is it that this vaccine was the virus was discovered last December of 2019, we had a vaccine candidate by May of 2020, and now we’re giving it, you said 19 million people have gotten both vaccinations complete? Well, let me explain. It didn’t take six months to develop that vaccine. It took 50 years. Those of us who work in the world of cancer and oncology should be able to understand much of the science that went into developing the vaccine and understanding this disease were things that were developed in the war on cancer.

And it’s very much related to Richard Nixon signing the National Cancer Act in 1971. You know, the fact that we had a problem and, a problem in China, within 45 days and realizing that problem in China, they published for the world on the internet, the RNA sequence. The fact that we use these messenger RNA viruses, those were developed 20 years ago in cancer work. Some of the drugs, the recombinant DNA, the Remdesivir, I’m sorry, recombinant antibodies, the remdesivir to block replication. These were all things that were all developed out of cancer work. And so one could really say it took a long time to develop the vaccine. A lot of the work was done well before we actually knew there was a virus out there. And I’ve looked at the studies, the studies have been done very, very well. There’s an argument that the Moderna and Pfizer vaccines have been researched better than most that are FDA approved.

NCCS and the American Society of Clinical Oncology (ASCO) worked together to provide information about how COVID-19 could potentially affect the health and cancer care of people diagnosed with cancer. 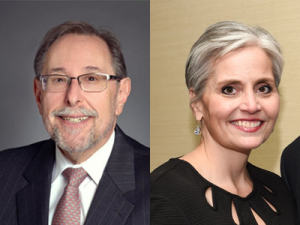 Common Questions about COVID-19 & Cancer: Answers for Patients and Survivors » 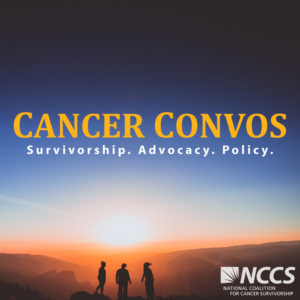 Listen to NCCS’ podcast, Cancer Convos, for more insights on COVID-19 and its impact on cancer patients and survivors. Subscribe to Cancer Convos on Apple Podcasts or your favorite podcast app.

How Survivors Can Cope With the Anxiety of COVID-19

Dr. L. Imani Price is a licensed psychologist at Women’s InnerFitness and Wellness Center and serves as the Vice Chair of the Board of Directors at Breast Care for Washington, D.C.

Many survivors are experiencing stress, anxiety, and PTSD from the new expectations and restrictions resulting from the COVID-19 pandemic. These uncertain times can lead to feelings of helplessness and a lack of control over one’s life. This may trigger thoughts of stressful events of the past with worries about one’s health or that of loved ones.

Although experiencing some levels of anxiety and fear can be expected, we do have some control over our lives, despite the global restrictions from the pandemic.

While learning to live indoors:

Watch our webinar on stress and anxiety featuring Dr. Price:

The Cancer Support Community (CSC) Cancer Support Helpline is staffed by counselors and resource specialists who have extensive years of experience helping people affected by cancer. Counselors and resource specialists can be reached by phone at 1-888-793-9355 or live chat from Monday through Friday, 9:00 a.m. – 9:00 p.m. ET, and Saturday and Sunday from 9:00 a.m. – 5:00 p.m. ET.

Resources About Loss of Health Coverage

This blog on COVID-19 by Karen Pollitz at Kaiser Family Foundation outlines what you can do about losing health coverage during this crisis.

For information about transitioning from job based coverage to other forms of coverage (including Medicaid and COBRA), see these resources:

For updated guidance on grace periods for binder and premium payments see here:

NCCS is seeking answers from public health experts on the coronavirus and its impact on cancer patients and survivors. Please contact us at www.canceradvocacy.org/contact with any questions or concerns you have and what data would be helpful to you as we gather this information.

NCCS COVID-19 resources are sponsored in part by The Pfizer Foundation.

January 12, 2023
As a Triple Negative Breast Cancer survivor, Sharon turned her personal experience into a passion for advocacy and giving back to the community. When she received her diagnosis in May 2015, she remembers being in a state of shock and grief. She said, “You have to allow yourself time to breathe and grieve.”
END_OF_DOCUMENT_TOKEN_TO_BE_REPLACED
https://canceradvocacy.org/wp-content/uploads/Advocate-Spotlight-Sharon-Rivera-Sanchez.jpg 600 1200 NCCS Staff https://canceradvocacy.org/wp-content/uploads/2020/06/NCCA-Logo.png NCCS Staff2023-01-12 15:24:442023-01-12 15:24:44Sharon Rivera-Sanchez: Triple Negative Breast Cancer Survivor Finds Passion in Fitness and Advocacy

December 7, 2022
Alique was first diagnosed with Acute Myeloid Leukemia (AML) at the age of four. Her mother, Michele, knew something was wrong because “the light in her eyes was gone”. After being told by doctors that there was nothing wrong, her family was relentless until new blood work uncovered blast cells.
END_OF_DOCUMENT_TOKEN_TO_BE_REPLACED
https://canceradvocacy.org/wp-content/uploads/Alique-Topalian-Advocate-Spotlight.jpg 600 1200 NCCS Staff https://canceradvocacy.org/wp-content/uploads/2020/06/NCCA-Logo.png NCCS Staff2022-12-07 11:46:562022-12-07 11:48:28Alique Topalian: Childhood Cancer and the Frightening Realities of the Survivorship Journey