Writers offered a range of interesting perspectives on Dr. Ezekiel Emanuel’s opinion piece on the cost of care at the end of life, “Better, If Not Cheaper, Care,” published in the New York Times of January 4, 2013.

Ezekiel J. Emanuel, in “Better, if Not Cheaper, Care” (Op-Ed, Jan. 4), does well to note that end-of-life care is not a major proportion of total health care spending. But the costs of patients in critical care with chronic disease and multi-organ failure — heavily the elderly and those for whom death is a common but not an immediate outcome — are exceedingly high.

When Talking About the End of Life, Honesty and Words Matter 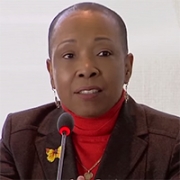 WCOE: Elevating the Discussion on Living Well Until the End of Life

Article Reports Tendency of Investigators to Underreport Side Effects of Chemo...
Scroll to top